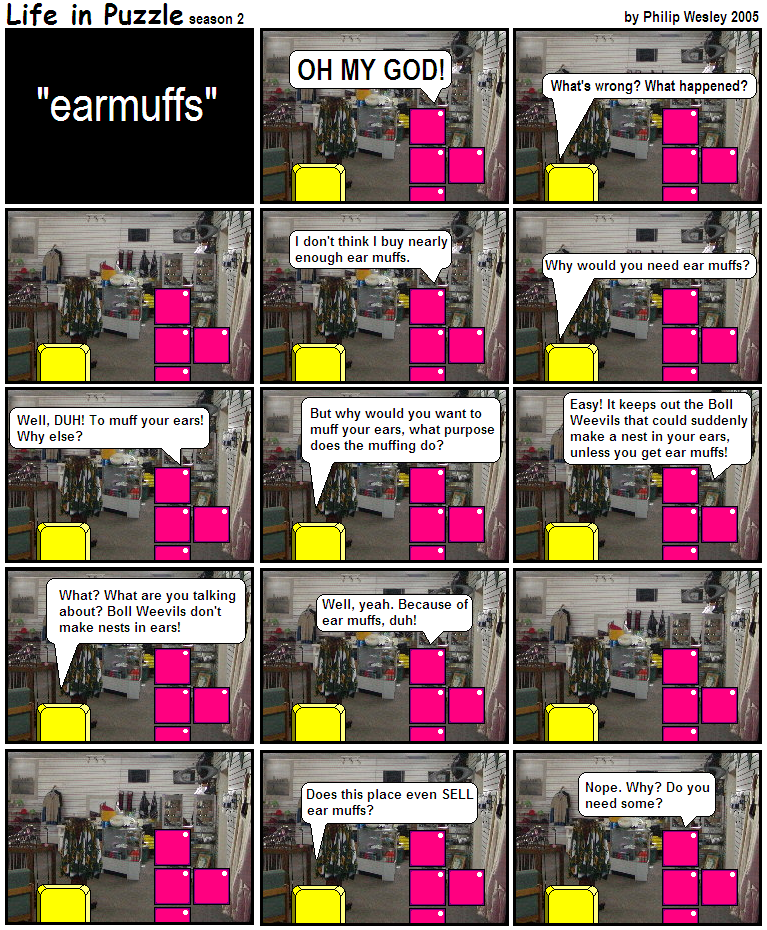 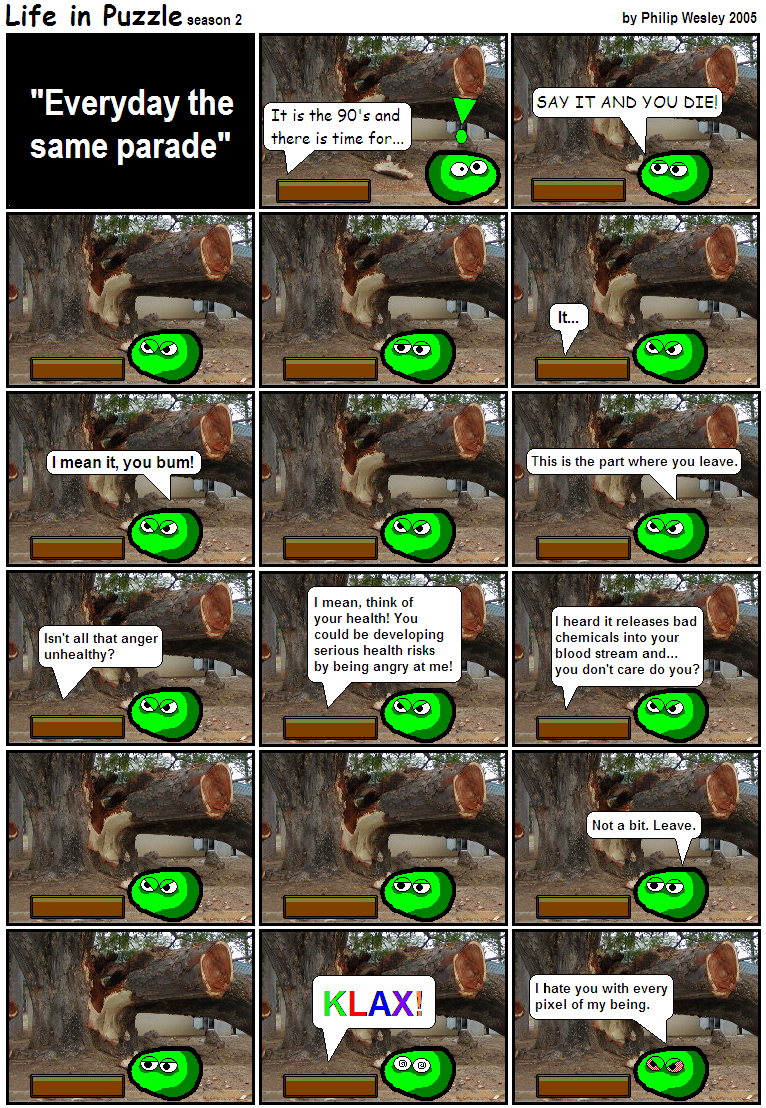 Author’s Notes: Okay! Season 2 only lasted two episodes and the second episode was based off of the B-Side from the first season. So, there you go. Tune in next time for better looking, stranger, and more awesome Season 3. Yeah. Season 2 was only two episodes because of the way that Snowflake Studios updates. I made two episodes and then got really bored of the current format. New episodes got delayed for a few months. There was a change in style to a pixel comic and it just made sense to nip Season 2 into only two episodes. That said, Season 3 is 12 episodes long and Season 4 will be 12 episodes long as well. The storyline for Season 4 has to do with a lot of things actually. Part of it centers around an Anime/Video Game Convention and I am going to be merciless. Also, 3D versions of some of the new comics will be made available for download on the 3DS. What? 3D comics on the 3DS? Of course! Oh! Here is a ZIP file of sample images made for the 3DS. It’s not a new Life in Puzzle comic though. It’s a Pokemon Black & White related image and a Parasite Eve 3 The Third Birthday related image. Please use a program that unpacks ZIP files and then move them to a folder. I’ll make the proper Folder Path later. For now, you want to make a New Folder called 001RDMG01 and put it into the folder called DCIM on your SD card. Was that strange and magical? Do not worry! Later ZIP (or LZ) files will have the proper folders already in there. So you can just unpack the file and then copy paste in the future. For now, bear with us for a bit. See you next week!

This entry was posted in Life In Puzzle and tagged and, columns, earmuffs, funny, in, is, joke, jokes, klax, life, megalit, nintendo, not, probably, puzzle, sega, sonic, tetris, there, thus, we spoke, weird. Bookmark the permalink.