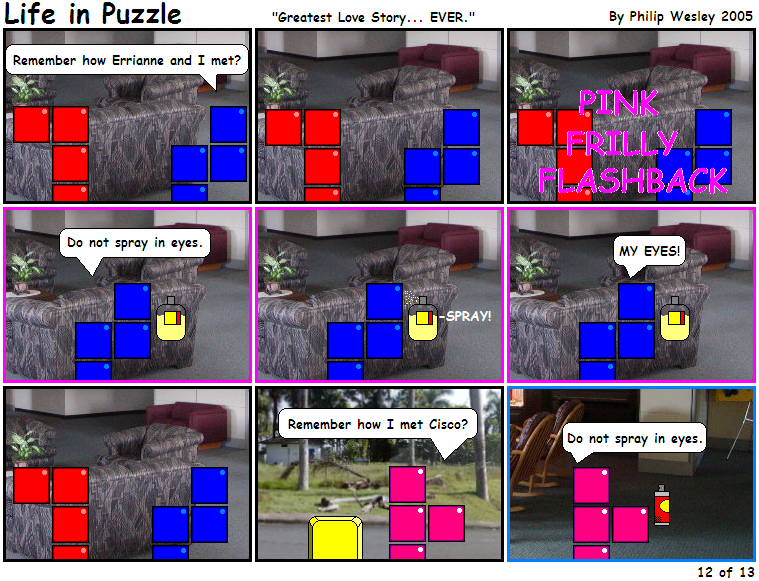 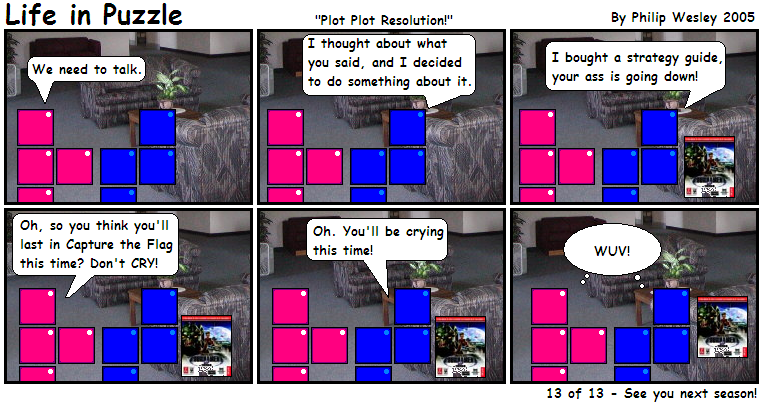 Author’s Notes: Here are the final two comics for Season 1. The next season was only two episodes long. Yeah, these are inconsistent. That said, the first instance of Pink Frilly Flashbacks is in episode 12 and then episode 13 dates the series drastically. An interesting development in that these characters that work in games, also play games. I dunno how that works. For those wondering, all the backgrounds are from pictures of Albrook, Panama that were taken by some relatives of mine. The second season continues the trend but the third season is all pixel artwork. After this post, the next post will be the bonus content for season 1 followed by the first of the two episodes from Season 2. It is a bit of a shame that no one reads this comic.