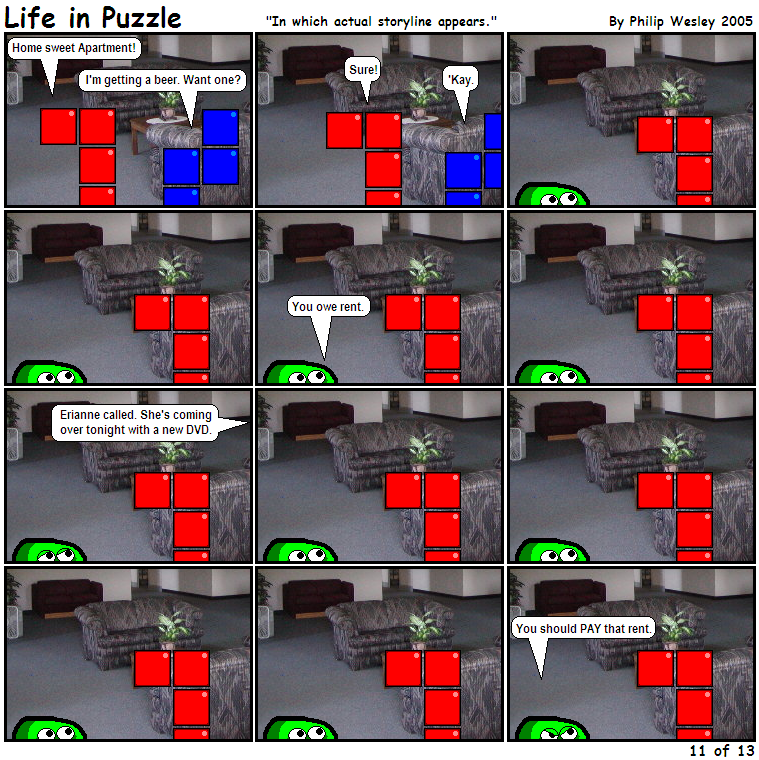 Author’s Notes: We were late on getting episode 10 up. Blame Pokemon Black & White. So, instead, here are two episodes for the price of one. That price is FREE of course. Oh, we get to see a little more of the relationships between these characters. Klyde was originally not supposed to be the landlord of Markitt and Cisco. Klyde was originally intended to be a grumpy upstairs neighbor or something. Then I realized that, Klyde would not normally interact with any of the other characters if he can help it. So, I made him their landlord. Klyde also knows a lot of interesting things and this will come into play in the later seasons. Lots of silent takes in this series. I did a comic called At Freak Show which was “Set Up/Punchline” with the intent to make people angry or confused. It’s tougher to do something that has only two panels. With Life in Puzzle, I did not have a set panel count. To take advantage of this, I have “blank takes” where the silence is part of the punchline.